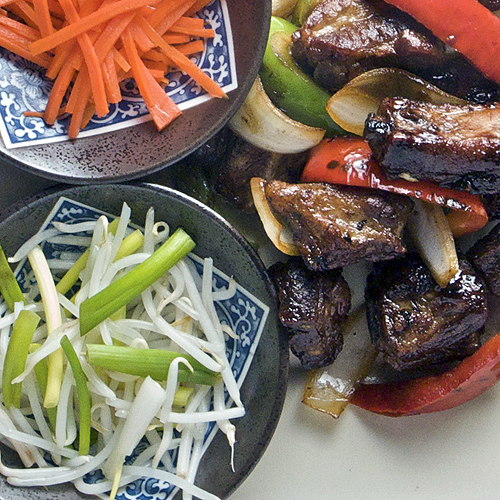 The end of the semester along with an unexpected opportunity to substitute for a friend at the school where I used to teach has limited my posting recently.  The end of the semester is always a busy time getting finals ready and finishing grading.  The substitute position was a surprise because with cuts in the budget for adult education, the district no longer hires substitutes when teachers are sick or have jury duty; classes are simply canceled.  The director of the division loathes to pay for a substitute when also paying sick leave for the absent teacher.  Because her father, who himself has bone cancer, is no longer able to adequately care for his wife, who is terminally ill with cancer while also suffering from Alzheimer's, my friend had to take a family leave of absence to care for her parents.  Since the school district isn't paying her, the director agreed to pay for a substitute.  This is the state of compassion and education in present day America.

Although I agreed to substitute primarily because I wanted to help out a friend, I've greatly enjoyed her classes.  If only the people responsible for funding education could see how important these classes are to our community.  Besides recent college graduates from other countries, there is an orthodontist who fled the violence and fear of kidnapping in Mexico, a pharmacist from Algeria who is working at Del Taco, a psychologist from Spain,  and a young, former accounting executive for Coca Cola in Africa in one of the classes.  One of the Chinese students is also fluent in Japanese, married to a neurological researcher working at the UC Davis medical center.  Many of them are already fluent in several languages, but without greater fluency in English they are reduced to working in fast food restaurants or other such menial jobs.  Yet, the only reason they even have a class now is that their regular teacher is forced to go without pay in order to take care of a dying parent.  Merry Christmas! 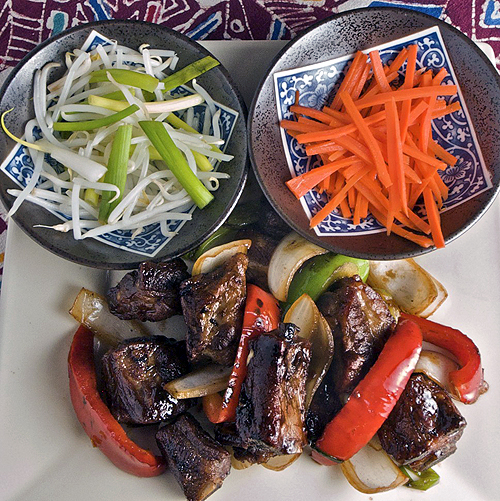 On to the main point of this blog, I suppose.  The food.  Today's dish is a tasteful recipe for spareribs.  It has the characteristically Vietnamese combination of salty (from the fish and soy sauce) and sweet (from sugar).  I served them with quick pickled beansprouts and carrots, the pickled vegetables a nice counter balance to the richness of the spareribs.  The recipe is from Nicole Routhier's The Foods of Vietnam, the first Vietnamese cookbook I ever bought and still one of my favorites.  In the future, I think I'll deep fry the ribs in the first part of the recipe as stir frying them requires a large wok and a great deal of patience to cook them through.  I used my 22-inch wok to stir-fry the ribs, a smaller wok will probably require you to cook them in batches if you don't choose to deep fry them.  Another option would be to grill them before the final step of glazing them and stir frying them with the vegetables.  The important thing is to make sure they are cooked through before doing the final glaze. 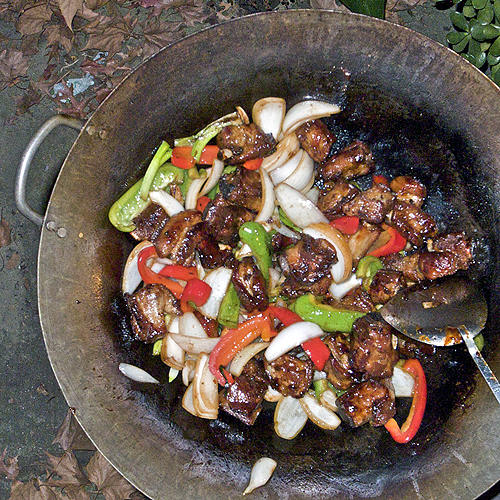 Add the sugar to the ribs and cook, stirring, for another ten minutes.

Pour off all but 1 tablespoon of oil from the wok.  Add the fish sauce and soy sauce and stir for five minutes.  Add the onions, garlic, and peppers and stir-fry  just until onions are lightly browned and peppers are becoming soft.  Season with pepper and remove to a serving platter.  Garnish with cilantro if you so desire.  Serve with steamed rice and pickled beansprouts and carrots.

Place the sprouts and green onions in a large, non-reactive bowl.

Combine the salt, water and vinegar in a small sauce pan.  Bring to a boil. Stir to dissolve the salt. Cool until warm to the touch.  Pour this over the bean sprout mixture and stir.  Marinate for at least one hour, or until ready to serve.  Drain before serving.

These are best eaten on the day they are made.  Don't marinate too long or they will become limp.

Peel carrots and cut into julienned strips or thin rounds.  Combine the water, vinegar, sugar, and salt in a small sauce pan.  Bring to a boil.  Remove and let cool to room temperature.  Add the carrots to the vinegar mixture and allow to marinate for at leas one hour.  Drain and serve. 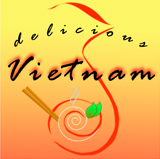 I was sorry to see that Delicious Vietnam, the monthly blogging event founded by Anh of A Food Lover's Journey and Hong and Kim of The Ravenous Couple is coming to an end.  It will still exist here in the world of Facebook apparently, but not as a monthly event.  Anh, one of its founders, is hosting the final addition of Delicious Vietnam.  Interested participants have until the final day of 2011 to take part and have a chance to win some wonderful prizes.  For more detailed information, please go here.

I may try to get in another entry, but for now, this will have to do.  I must say I've enjoyed participating in and having the chance to host several of the round-ups of Delicious Vietnam over the past few years.  I hope it will continue to thrive on Facebook.
Posted by sijeleng at 10:21 AM