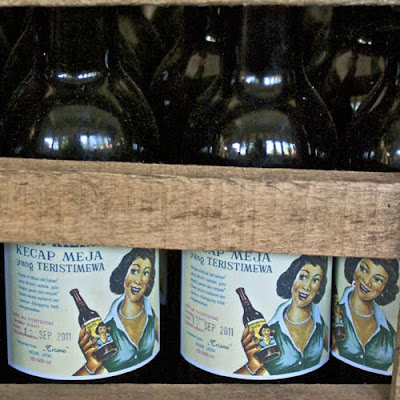 Kecap manis is to the Javanese kitchen what nuoc mam is to the Vietnamese; there is no good substitute, and without it many Indonesian dishes just can’t be properly prepared.  Fortunately, in Asian supermarkets in the US (at least in Sacramento) kecap manis is easily found. 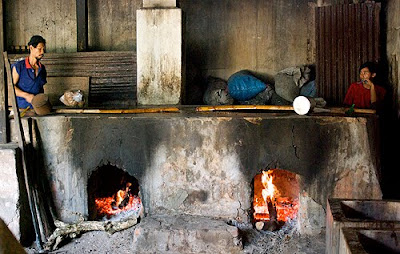 ABC is the most widely available brand of kecap manis.  Produced by Indofoods (an Indonesian conglomerate that is the equivalent of Kraft in its size and scope, offering an extensive array of food stuffs), ABC is as widely available in Indonesia as Budweiser is in the US.  Cap Bango (Stork Brand) is another brand that is distributed across the archipelago and in the US and is the one we generally use in our home. 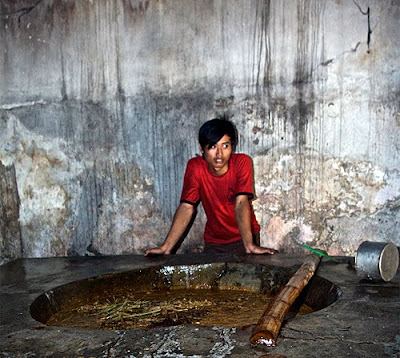 Come to Indonesia and you will discover many more makers of kecap manis. But come soon. Although there are still many small operations producing kecap manis for their regional markets, just as big breweries brought about the disappearance of regional beers in the US, so have the larger kecap manis manufacturers eliminated many of the smaller producers in Indonesia.  As Walmart has discovered, volume of scale trumps quality in terms of economic viability in the long run.  It simply isn’t possible for the smaller producers to offer bottles of kecap manis at the same prices as ABC andso they vanish from the market. 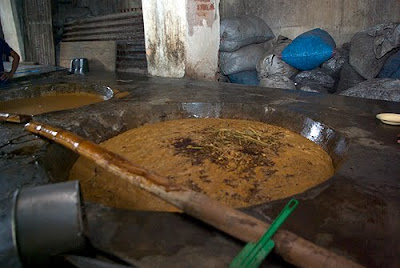 Known locally as Cap Nonya (Lady Brand), Kecap Manis Lauw Kiem Tik Kediri is a locally produced brand of kecap manis that is not widely distributed beyond Kediri.  Produced in the back of a nondescript house on a side street where women sell flower petals to adorn graves, Cap Nonya is owned and managed by Bu Evie Pratikno, a lively, charming woman in her 70s who also produces mulberry wine for the local church.  The company was started by her grandmother, continued by her father, and passed on to her.  Bu Evie returned to Kediri to take over the business after studying to become an English teacher at Satya Wancana in Salatiga, a well known teacher’s college in Central Java.  When she dies, she does not know what will happen to the business as she has no children to leave it to. 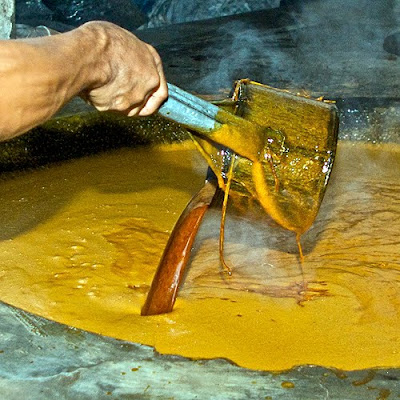 Made in relatively small batches, Cap Nonya has a slightly herbal, almost floral quality that is missing from the mass produced kecap manis.  It is the difference between a handcrafted IPA and a can of Coors. This does not come without great effort; Bu Evie works hard to turn out a superior sauce.  She starts by making her own kecap asin (regular, salty, soy sauce).  This is a process that takes several months.  Chubby Hubby has a good description of that process here.  Only when the kecap asin is ready, can the kecap manis be made.  Producing kecap manis is not, says Bu Evie, “untuk orang malas”, for lazy people.  Use a low grade of sugar and the quality suffers.  Skip a step or try to rush the process, you produce something that you don’t want to put your name on.  What is especially impressive is that Bu Evie produces her kecap manis, from making the kecap asin to bottling the finished kecap manis and adhering her classic labels, with only two other workers.  She tests each batch as it is being made to make sure it meets her standards. 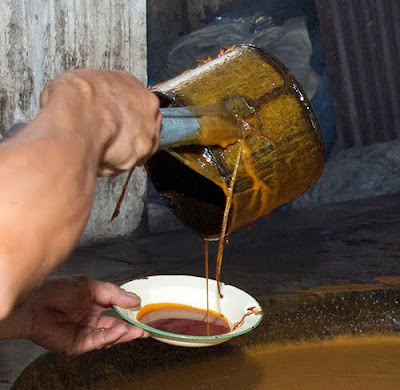 It is clear in talking with her that Bu Evie does not continue to make kecap manis simply for the money.  Even with her low overhead, her profit margin is slim.  A standard, 600 ml bottle sells for a little over $1.  Her pride in her kecap and recognition of what her grandmother created is what motivates Bu Evie.  She continues to make Cap Nonya Kediri because it is her legacy from those who came before her and her care for it is a way for her to honor and pay respect to her grandmother and father. 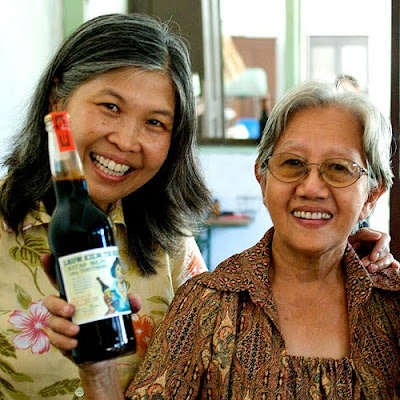 Kecap Manis Cap Nonya Kediri is available at better stores in Kediri.  If you are ever in Kediri, try to pick up a bottle or two to use on your nasi goreng, mi goreng, sate, tahu goreng, gado gado, or other favorite dish.  My wife and I actually brought back five bottles to the US; Bu Evie arranged to have them packaged in plastic bottles for us (although I insisted on bringing one glass bottle).  If you can't find it in stores, and you are in Kediri, you might try contacting Bu Evie directly. 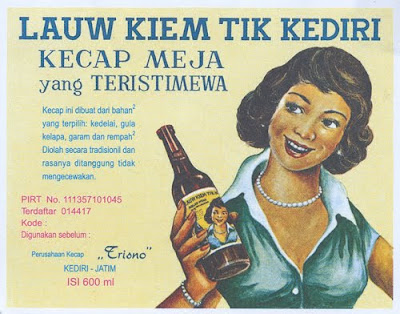