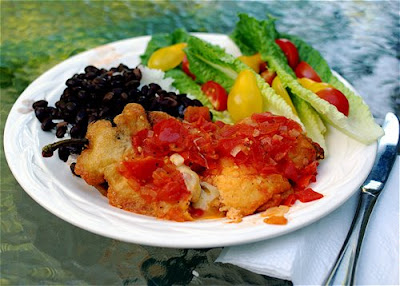 As a foreigner living and working on Pulau Galang, a refugee camp in Indonesia, I had to go to Singapore every 3 months to renew my visa. Singapore is one of the great cities in the world for people who like to eat. There is such a dynamic mix of Chinese, Malay, and Indian food, with fresh seafood and a general level of cleanliness that is almost scary. Some people complain that Singapore is too sterile, that the government is overbearing in eliminating what it perceives to be social ills, and too strict in meting out punishment, but after three months in a refugee camp the visa trip to Singapore was always welcome.

I had several routines that I always followed when I went to Singapore. One was to have roti telor (a sort of brioche-like tortilla--a roti canai with an egg added--that is served with a side of curry gravy to dip in) and kopi-o-kosong (black coffee, no sugar) each morning at a small kedai kopi on Serangoon Road. Sadly, on my visit to Singapore last year I discovered the kedai kopi has closed.

The other routine I had was buying a bottle of wine and some decent cheese and crackers as soon as I arrived. I would take these to the hotel, check-in, run a warm bath, then sit in the bath drinking the wine and eating the cheese and crackers. Cheese is the one food I long for when I have not had any for awhile. I don't mind not eating meat, don't really miss alcohol or even coffee if for some reason it is unavailable, but I do miss cheese if I haven't had it for more than four or five days.

I was happy, therefore, when Darlene of blazinghotwok chose cheese as this month's ingredient for Weekend Wokking. Cheese is wonderful choice as there are so many varieties and so many different ways it can be prepared and dishes it can be used in, from salads to entrees to desserts. Since it is summer and tomatoes and chiles are at their peak in the local markets, I decided to make chile rellenos.

A good chile relleno is light, pillowy, not greasy, ripe with the flavor of a mature, flame broiled chile and oozing a core of monterey jack or queso Oaxaca. It has been simmered in a light sauce of tomatoes, broth and onions and is bursting with the flavor of a summer garden. Although relatively easy to prepare, it seems difficult to find decent chile rellenos in restaurants. They inevitably are too greasy or heavy, or sodden with a thick sauce. Like tamales, they should only be ordered if you know the restaurant knows how to prepare them right.

Some people use a beer batter for frying the chiles, I use one with eggs. I think the advantage of the egg batter is that reheating the chile rellenos in the tomato sauce puffs them up instead of having them simply absorb the sauce. I have even had pretty good success in the past of frying up a large batch of chiles, freezing them, and reheating them in the sauce. The recipe itself is from a cookbook originally published in 1944; I have the 75th printing, published in 1972, when I bought it. The title is Elena's Famous Mexican and Spanish Recipes. It's written by Elena Zelayeta, who apparently became blind somehow after immigrating to the US and opening a restaurant. Her style is straightforward and simple.

Char the skins of the chiles over an open flame. When skins are thoroughly blackened, place in paper bag or covered bowl and let them rest ten to fifteen minutes. Rub the charred skin from the chiles. Cut a small slit near the top of each pepper and remove most of the seeds. Don't worry if the chiles split wide open; the batter will seal the cheese inside when you fry them. Cut the cheese in lengths about 1/2 inch thick and slide into the chiles.

Separate the eggs. Whip the whites until you have soft peaks. Fold in the beaten yolks,salt and flour. Dip the stuffed chiles in the batter and fry in hot oil until golden brown on both sides. This should take about four or five minutes. Drain on paper towels.

To make the sauce, fry the onion and garlic in the oil until translucent. Add the tomatoes, then the stock. Season with salt, pepper, and oregano. Simmer for 15--20 minutes, probably less if using canned tomatoes.

When you are ready to serve, heat the fried chiles in the simmering sauce for about five minutes. The peppers can be fried well ahead of time and heated in the sauce just before you eat. I am a pretty good eater, and I find one chile relleno to be a perfectly adequate serving size.

I'm submitting this recipe to Weekend Wokking, a world-wide food blogging event created by Wandering Chopsticks to celebrate the multiple ways we can cook one ingredient. The host this month is Yasmeen at Health Nut. If you would like to participate or to see the secret ingredient, check who's hosting next month.

Get the flash player here: http://www.adobe.com/flashplayer
Posted by sijeleng at 9:56 AM