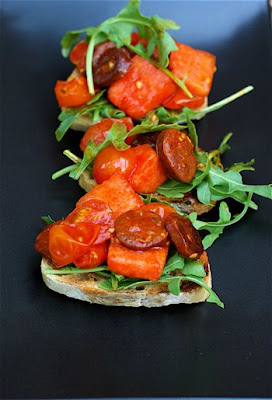 I have no fear of flying, yet I loathe the entire process of taking a flight these days. International flights are the worst. Everything about them has become more taxing--the check-in, the security, the lack of leg-room, the food--everything. The one improvement is being able to select what you want to watch. Instead of all four hundred passengers being forced to watch Mr. and Mrs. Smith there is now the chance to choose from a list of second and third rate movies and awful sit-coms. Each passenger now has the chance to choose her own poison.

Last summer my wife and I were flying back to California from Hong Kong. There had been a typhoon several days before and some flights had been cancelled. Our flight was overbooked and filled with passengers disgruntled with the abysmal service provided by Cathay Pacific. My wife's left arm was in a cast as a result of an attempted purse snatching a few nights before in Saigon (one travel tip--avoid late night visits to emergency rooms in Saigon unless your idea of a light read is Cormac McCarthy's The Road). It promised not to be an enjoyable flight.

One thing I stumbled across was some British series of a cook's tour of Spain. It seems the Spanish tourism board must be offering good money for cooks to document their travels around Spain. Mario Batali and Mark Bittman had a similar deal on PBS recently. In any case, there was one recipe for something like crostini with chorizo and watermelon. I couldn't remember the details after the flight, but I did tuck the idea away in the back of my mind. I happened to have some chorizo and watermelon in recently, so I decided to try making the dish. Fortunately, a search on the internet located the recipe. It's a bright, lively starter that could be paired with a salad or a pasta for a light meal.